Ever since the first atomic bombs were detonated in 1945 there has been an ongoing  debate about the  hazards of exposure to radioactive material.  On one side it is argued that any exposure presents a risk to health.  On the other side it is argued that the risk of exposure is exaggerated by an anti-nuclear lobby. However, both sides agree on this point:  at very high doses radioactive material can sicken and even kill.

Below the acute level, the debate usually centers around the link between exposure and cancer. Research on the nature of this link has been a global endeavor since 1945.  In order to interpret the results of the research, a basic understanding of cancer genesis is necessary.

Simply put, cancer is the consequence of abnormal cell reproduction.  Tissue–such as skin, lungs, gut–are comprised of cells, which are themselves made up of molecules. The basic building block of a molecule is the atom.

Ionizing radiation–radioactive energy–damages cells on the atomic level (that is, it damages the atom). What this means is that the very structure of an atom–and therefore of a cell–can be altered when it is exposed to radioactive material.

Routine cell death is essential to healthy tissue. It happens all the time. There are two kinds of cell death: programmed (expected)  and traumatic (unexpected).  In either scenario, dead cells must be cleared from the bloodstream and replaced if an organism is to continue to function well. It is in the replacement of dead cells that the risk of cancer lies.

Replacement is supposed to be an orderly process. The directions for this process are contained in the cell’s DNA. But what if the DNA has been damaged and the directions for replication are garbled?  What if a replicating cell receives the wrong message and doesn’t reproduce properly?  In that event, a cell may form something that is like the original but is in some way ‘strange’.

Let’s take the liver as an example. Say a liver cell tries to replace dead cells by replicating. However, the DNA in the replicating cell is somehow damaged. The new cells don’t come out exactly right. These ‘strange’ cell may survive and replicate, making more cells like themselves.  These ‘strange’ cells do not perform the functions of the liver, because they’re not designed to do that. And yet, they remain in the liver, replicating, forming tissue–‘strange’, invasive tissue. That would be a cancer.

Of course there’s a lot more to cancer than this simple description suggests. But essentially, this outline describes how cancers may begin. Inherent in this process is the potential for metastasis.

In the case of metastasis (cancer has spread to another part of the body) the ‘strange’ cells hitch a ride in the bloodstream and travel to other sites in the body.  There they take root, replicate and once again become invasive. Metastatic liver cells metastasize most commonly in lymph nodes, bones and lungs.

Back to the debate about the link between radioactive material and cancer: Radioactive material interferes with cell replication because it has the ability to change the structure of an atom: it does this through ionization.  Ionization involves stripping electrons from the outer shell of an atom.  When that happens, electrons become free agents. These electrons can travel around doing mischief.  They may link with other electrons and break chemical bonds. This breakage can occur inside DNA, the critical reservoir of information for cell replication.   Damaged DNA will give the wrong instructions to a replicating cell. The consequence of this error may be the production of a cancer cell.

Of course, cancers develop in the absence of ionizing radiation. Cells make mistakes all the time. They reproduce so often that mistakes are inevitable. Sometimes the mistakes, or mutations, benefit an organism. These mutations may be kept because they may enhance the chance that a species will survive.  Sometimes, however, a mutated cell is not cast off and does not benefit an organism. The cell may take root in tissue and begin to propagate right alongside normal cells.

To be sure, the fact that ionizing radiation can cause cancer doesn’t mean it does cause cancer. This link must be proven if it is to be accepted as established fact. The proof, evidence strongly suggests, may be found in experience and data derived from that experience.

Ever since the atomic bombs were detonated over Hiroshima and Nagasaki researchers have been collecting health statistics on survivors of the blasts. About 200,000 of these have been tracked. This is a disparate group: dose levels varied greatly. There were both male and female, young and old victims.   All of the information collected on survivors–dose level, age, gender–was analyzed.  By comparing the health profiles of these individuals with profiles of those who were not exposed to the blasts, scientists believe they’re able to approximate the health risks of exposure to radioactive material.

A few things appear to be certain: there is a link between exposure to ionizing radiation and cancer.  Existence and severity of effects are dose-dependent: those who receive the highest doses are most likely to develop a cancer at some point. Age at the time of exposure is also important. The younger the person at time of exposure, the more likely  that cancer will someday develop. Gender plays a role: women experience more adverse health consequences than men.

Although the discussion in this essay is about the link between cancer and exposure to radioactive material, data from survivor studies reveals that health consequences were not limited to cancer. Among the conditions noted to occur at elevated levels in the survivors are: cardiovascular, digestive, neurological and thyroid diseases.

“Safe” dose guidelines that exist today have been derived from A-Bomb survivor studies.   It is these “guidelines” around which so much of the current debate revolves. This is a debate usually left to ‘experts’.  Perhaps, though, given the stake that everyone has in the establishment of safe guidelines, more of us should get involved in this debate. Perhaps it is time for a little self-education, because everyone is potentially affected by the decisions of the ‘experts’.  This is a conversation in which we should all take part.

For more information on radioactivity, an easy-to read book::What is Radioactivity?The Basics 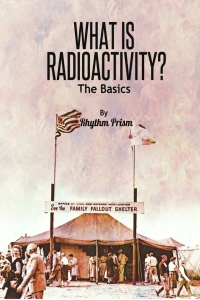